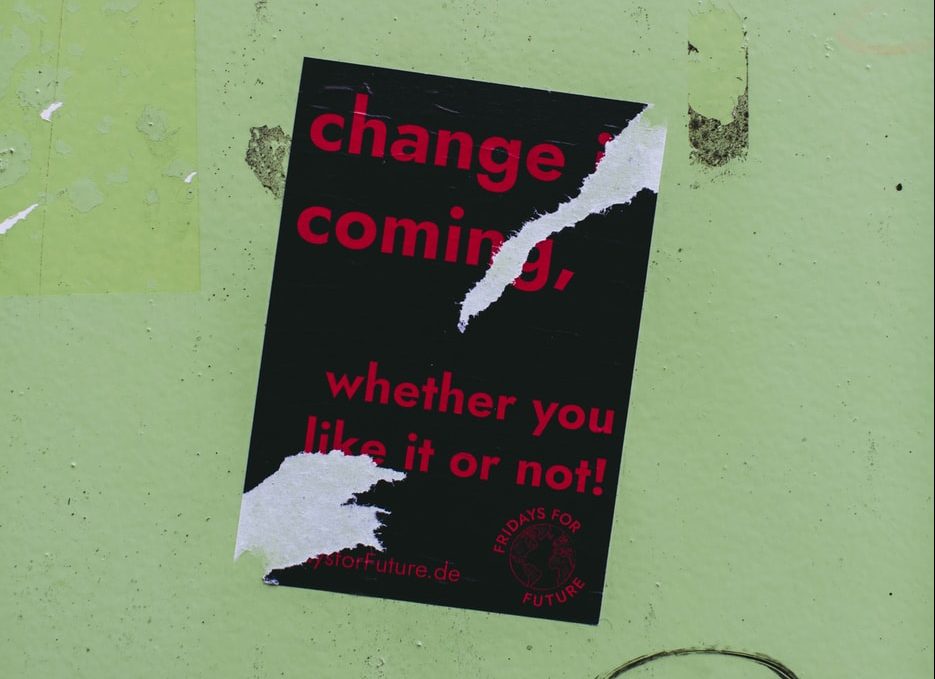 One of the major lessons from COVID-19 is that change is going to occur whether you like it or not. Sometimes the change is something within your control, and other times, it isn’t! The restrictions imposed on everyone the past few months caused a lot of anxiety, panic, fear and a realisation that perhaps the way things had been running aren’t actually the most optimal and in some cases, completely broken.

Whilst there are some of us that thrive on change and unpredictability, I’d wager that there are many of us are who resistant to change. There’s a reason why we keep doing the same things, why we keep the same routine, etc – because it’s comfortable and in most cases, low risk. We know what’s going to happen if we stick to the same thing. I mean, sometimes those routines and patterns that we have are the direct result of having gone through something painful and challenging! We create those routines as a protective mechanism – so in a way, it really serves us well. So of course, why would we want to try something different when the thing that we do works “pretty well” for us?

Many of you may have heard the phrase What you resist persists by Carl Jung. In a nutshell, what it means is that if there’s something that you are avoiding doing, then it’s just going to keep being there until you actually do something about it (or something happens which you have no control over to change your position – like COVID-19). This phrase applies really well to the concept of change. Sometimes we avoid change because we do not know what it’ll be like on the other side.

Case in point – in my former life as a lawyer, there was a time I was working for a law firm. When I first joined, I was super happy because of what it had promised.. but as months went by, I became miserable. Miserable with the work load, miserable with the pressure, miserable with the type of work I was doing (not in my usual field) and miserable because of the perceived lack of support I got. I remember there were times I actually sat in my cubicle and cried.. not to mention going to dinner with mates after work and crying in the restaurant! I knew I had to leave and get out, but I didn’t want to leave without having another job to go to because well.. money/security/all that jazz. I had been on the look out for some jobs during that time but nothing really came up. Then, I lost my job and was left with no job to go to! Initially I was really scared, I was depressed and had low self-esteem and I didn’t know what to do.

When it happened, I was in the state of shock and slight panic, but there was something in me that made me feel that everything would be OK. It was pretty much like “well you were so stubborn to actually pull the plug so the plug got pulled out from you instead to FORCE you to do something“. So after giving myself 2 weeks to wallow in emotions, I then went and saw a few people to help get me on track and then I landed a job which gave me so much more responsibility, I had so much support and I flourished because it was the type of law I specialised in.

Looking back now (and hindsight is great isn’t it), what happened to me was the best thing ever. But obviously when I was in the middle of it, it was hard to see over the horizon. That’s kind of what it can feel like when you know that you SHOULD be doing something to make your life better but avoid doing it. Sometimes we stay in the same thing out of safety, loyalty or fear. But what I’ve learnt over the past few years, and especially as a shaman, is that change is OK. What you resist the most is the exact thing that you should be doing!

Many of us tend to look at the negatives when it comes to things. For example, you choose not to make the change because something bad might happen to you. If this is the case, you’re actually also denying yourself the possibility that what might happen to you could be absolutely amazing and exactly what you needed! I personally believe that the possibilities of the outcome being something in your favour far outweigh the possibilities of it NOT being in your favour.

So instead of labeling an outcome as “negative” or “positive”, it is possible to just view the outcome as an experience? And no matter how the experience turns out, we can always say that there was something that we learned from that experience. Also, know that every choice that we make is always the right one for us as it is based on the information that we have at that point in time, and it is based on the culmination of all of our previous experiences and background. So with that in mind, no choice that we make is ever wrong, and even if the consequences of that choice might be a bit hard on you initially, I guarantee you that in the long term, you’ll be able to look back at that choice and understand exactly how that choice shaped you to be who you are now.

So the long winded moral of the story is this – it’s OK to change, and if change comes your way unexpectedly, take it as a blessing, because it is precisely the thing that you need at that point in time to get you out of the same recording that you have been playing over and over again. Change is inevitable, so instead of resisting the change and making our lives harder, can we not welcome the change and see where it goes?

Think of it this way, there is a river which is full of various sizes of pebbles, rocks and boulders. For the smaller pebbles and rocks, the water will just flow over it – they don’t obstruct the flow of the water whatsoever. When it comes to the bigger boulders that are sticking out of the water and really causing an interruption in the general flow of the stream, the water chooses to flow around the boulder as opposed to trying to go through or over it because it know that it’s too much effort. If you had a choice, how would you “tackle” that boulder?