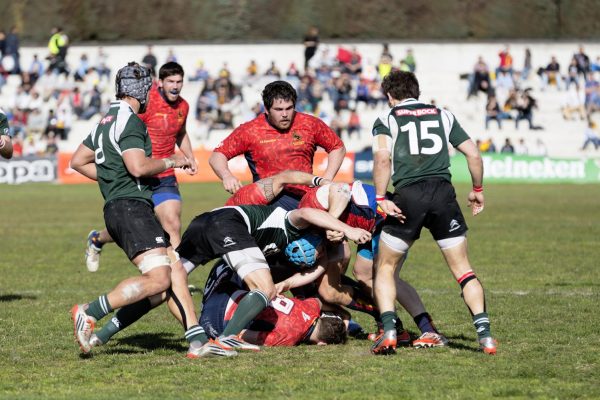 As a massage therapist, I am very fortunate to be given the opportunity from time to time to massage professional sports teams like the Sydney Roosters. To be honest, before I received this opportunity, I didn’t follow NRL at all, but since then, I’ve been watching a lot more games (it also helps that my partner is a mad Penrith Panthers supporter), and the thing that strikes me the most is the amount of head injuries that the players sustain during the game.

In my practice in the clinic and as especially because I practice craniosacral therapy, I am very aware about the long term affects that a concussion or any type of head injury can have on a person. The scary thing about these injuries is that in the short term, there can be very little symptoms or indications that there is a problem, but if this is left untreated, fast forward a few years down the track and you will begin to see people struggle with things like mental cognition, having emotional outbursts that cannot be explained, suffering from depression, constant migraines or headaches, having difficulties in sleeping, etc.

So why can head injuries or suffering a concussion have such devastating results for us in the long term? To explain this, I’m going to have to dive into a bit of anatomy, so strap yourselves in and get ready!

The Cranium (I.e. inside our head)

So firstly, our skull is not just one piece of bone – it is comprised of many bones which are joined together by sutures and each bone has a subtle movement. These bones are not fused together.

Secondly, the inside of our skull not only comprises of our beautiful brain, but other membranous tissue as well. The ones that craniosacral therapists (i.e. me!) are more interested in are two membranes that join together called the falx cerebri (in the picture above, that’s the red shaded part) and the tentorium (in the picture above, it’s the green shaded part). The falx and the tentorium pretty much split your brain in half – the falx splitting it in half on the vertical axis, and the tentorium splits your brain in half along the horizontal axis. The tension of these membranes is pretty high – there’s very little give in the tension, but the membranes are naturally subjected to some push and pull which is based on the body’s natural rhythm. These membranes are also attached to the inside portion of the various bones of the skull.

Thirdly, surrounding the brain and moving in between it is a lot of fluid – one of the functions of this fluid is to act as the shock absorber for the brain/head.

So what happens when the head is subjected to some external force? Try watching a head injury happen in slow motion and you can really see the ripples of the force as it moves through the head. If you get a bit queasy look at what’s going on externally, imagine what’s going on internally!

Let’s pretend that our head is a water balloon –  so the rubber is similar to the inside coating of membrane on the bones of the skull (which in some aspects would involve the falx and tentorium), and the water is the fluid in our brain. That fluid is going to be sloshing around in there, moving in unpredictable ways. The rubber of the balloon may expand in one area and contract in another area and move around to try to deal with the effects of the force. As the rubber moves around, it’s pulling the bones of the skull and creating extra tension in the falx and tentorium, which are trying to act as stabilisers.

You would think that everything would be ok once the water stops sloshing around and the rubber returns to its original shape right? In some cases, sure, but in other cases, if the force has been so great, the body cannot actually get rid of the energy from that force and decides to do what it does best – it takes the energy from that force and stores it somewhere in the body to cause as little damage as possible (in this case, most likely the falx/tentorium). If that stored energy is not dissipated sooner rather than later, it can start causing an impact on normal functioning of the brain/head – which leads to all of the symptoms (and more) that I’ve outlined above.

It is therefore important to treat head and concussion injuries as soon as possible to avoid long term impacts to the person’s quality of life. I’ve treated a number of clients with concussion from acute to chronic, and they have all experienced an alleviation of their symptoms over a course of a number of craniosacral therapy treatments.  If you’re interested in trying it out, hit me up!